The Red Gym (Armory and Gymnasium) looks like a big red castle. It was built in 1894 as a militia training and student recreation center. Lovingly restored and renovated, it is now a National Historic Landmark and houses student services.

The Bascom Hill Historic District has some of the oldest buildings on campus. Civil War soldiers once drilled here, maypole celebrations, parades, gatherings, demonstrations and romantic meetings have all taken place on the hill. As you visit, imagine the thousands of scholars that have walked the hill and buildings before you. Check out 12 plaques that describe the area’s history or schedule a tour for groups of ten or more.

The Lincoln Statue has a place of honor on Bascom Hill because Lincoln signed the Morrill Act in 1862, which designated the university as a land-grant institution. The bronze statue is the only replica of an original cast for Lincoln’s Kentucky birthplace.

Native Americans migrated to this area more than 12,000 years ago and today the campus area has many Indian burial mounds. Several of the most prominent are located in the Lakeshore Nature Preserve.

At the Dairy Cattle Center on Linden Drive you can see cows milked every day at 4:30p.m. without an appointment. 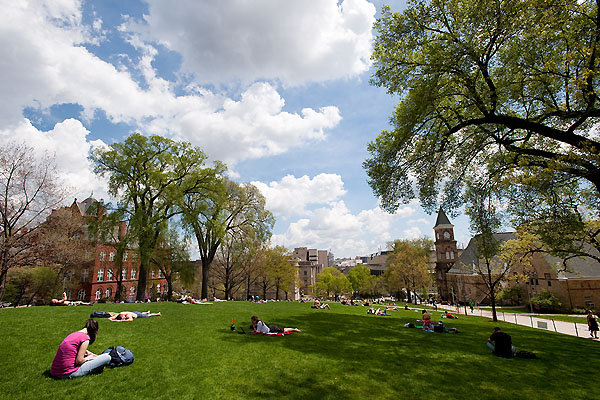